The Biggest Threat to Liberalism May be From the Left 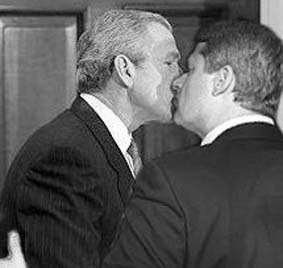 It would appear that the Western world is at a crossroads. The Tea Partiers, the Religious Right, the corporate world ... they are all winning. Liberalism is experiencing a death knell, weakened to the point of annihilation. And with liberalism goes democracy. And with democracy goes the just society that once defined our country. The radical Right-Wing is poised to eat us alive.

A little more than a decade ago, Alan Borovoy wrote a book; The New Anti-Liberals, in the broader context of liberalism, not the official party. Like many Canadians he was becoming alarmed with the neoconservative movement and what it could mean for us.

.. as the twentieth century and the second millennium come to a close, ... conservative forces may well be dominating the political agenda throughout much of North America—they are found among the Mike Harris Conservatives in Ontario, the Ralph Klein Conservatives in Alberta, the Reform Party in Western Canada, the right-wing Republicans and religious right in the United States. Even where some of these elements have somewhat declined in strength, much of their program has been appropriated by their adversaries. (1)

They have definitely changed the political landscape. By making 'fighting deficits', 'tax cuts' and 'smaller government' their battle cries, they have forced liberal governments to change their focus. And when they do meet the demands of what is often no more than a clever publicity campaign, they are ridiculed by many on the left for caving.

During the 2005-2006 election campaign I had called the local NDP office and asked for a lawn sign. Then I watched an attack ad on TV, from the NDP against the Liberals. At the time I felt that the biggest threat this country had was neoconservatism, as represented by Stephen Harper. I immediately called the NDP office and told them to forget it. They had just been complicit in Canada electing it's first Republican government.

I still voted NDP but it was grudgingly.

I understood the political motivation for this, but really thought that some things should transcend partisan politics. Naive I guess.

Elizabeth May actually suggests that Harper and Layton had an informal pact: "The enemy of my enemy is my friend" (2), as both ran similar campaigns against Paul Martin, resulting in Stephen Harper becoming prime minister "by accident".

It killed the Kyoto Accord, to address climate change. The Kelowna Accord to help address aboriginal injustice. And a national child care plan that would have helped working families. Sadly, all things the NDP supported. They threw out the baby with the bath water.

One of my favourite authors and journalists, Chris Hedges, wrote a scathing piece recently; The World Liberal Opportunists Made. He is highly critical of modern liberals, and lays the blame squarely on their shoulders. I'm not ready to be that pessimistic yet.

Make no Mistake. The Situation is Critical

Canada is now, after almost five years of Stephen Harper, in a proto-Fascist state. The only semblance of democracy is that we still have the right to vote, but with Canadians continually relinquishing that right, by staying home on election night, that last thread is breaking. In our latest municipal election in Kingston, voter turnout was at less than 37%. Quite shocking.

The Alternative Voice lists 14 key elements of Fascism, though I've seen similar lists in several places. We have reached all 14 benchmarks.

2. disdain for the importance of human rights

3. identification of external or internal enemies/scapegoats as a unifying cause (i.e. Jews, Arabs, Islam, communism, terrorism, Blacks, Hispanics, whatever....)

10. disdain for, control & suppression of intellectuals and the arts

14. control & rigging of the judiciary

And yet despite these alarming conditions, our threat does not come just from the advancement of the right, but the fracture of the left. I read so many progressive journalists and columnists, who will continue to suggest that there is no opposition. That the leaders on the left are weak. By doing that they create an atmosphere of despair.

Why bother? It's too late.

Well snap out of it. It's not too late. We just have to be smarter.

Bill Freeman had a letter published in the Toronto Star that comes with a warning and a solution. Unite the left or risk a complete takeover by the hard right.

The night that Rob Ford was elected mayor of the City of Toronto, a City TV camera recorded a brief interview with Mike Harris at the Ford victory party. The former premier of Ontario smiled as he congratulated Rob Ford on his election. Then he went on to talk about the good political work he and others are doing in the back rooms of the Fraser Institute that has resulted in this triumph of the right. Those who believe that left/right politics don’t matter in Canada any more should have caught that moment. Leaders of the hard right have transformed politics in this country. The once proud party of Progressive Conservatives of Joe Clark, Bill Davis and David Crombie has been taken over by the politicians of the hard right of Mike Harris, Stephen Harper and now Rob Ford.

They cover up their ideology by packaging their message with slogans like “the common sense revolution” and “stopping the gravy train at city hall,” but make no mistake. They advocate hard-right ideological policies of reducing the role of government, rolling back taxes, bleeding the resources of public services and attacking social services for the needy ... It is time for a sober reassessment. Our only course is to build a coalition of the Liberals and New Democrats that can challenge the hard right and fight to save our political traditions of a caring, more equal society, good social services and strong, competent government. The ideologues of the Fraser Institute must be challenged before any more damage is done to our country.

When will the Liberals and the NDP get it? Without some kind of accord between these two parties, the country is locked into a kind of political version of the movie Groundhog Day — doomed to repeat the same depressing, cynical and destructive politics day-in, day-out until our democracy is so damaged that no one will bother voting.

If not a formal coalition than at least a pact, with a common goal. We can't fight the right-wing progression if we are constantly fighting each other.

Michael Ignatieff is not a weak leader and Jack Layton is not a communist. And both have amazing people in their caucus. It wouldn't matter who the opposition leaders were, the Conservatives would attack them.

In Ontario when then NDP Bob Rae and Liberal David Peterson formed a coalition in 1985, Rae was able to get a lot of things put on the agenda. Coalitions can work. Formal or informal.

We've now had a glimpse of what fascism looks like. Is this really what you want?