Patriot Games and Bilingualism: A God That Failed? 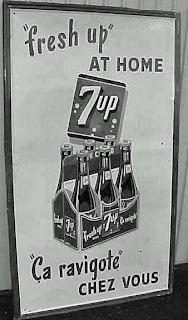 "It is simply difficult – extremely difficult – for someone to become bilingual in a country that is not. And make no mistake. Canada is not a bilingual country. In fact it is less bilingual today than it has ever been... So there you have it. As a religion, bilingualism is the god that failed. It has led to no fairness, produced no unity and cost Canadian taxpayers untold millions." - Stephen Harper on bilingualism, Calgary Sun, May 6th 2001.

Peter Brimelow's 1986 The Patriot Game, had a profound impact on Stephen Harper's political thought process, and indeed most of the arguments made in Brimelow's book have been presented by Harper at some point during his career.

The title was inspired by the notion of a fraudulent patriotism espoused by the Liberal Party, and in fact throughout the book the author blames the Liberals, especially Pierre Trudeau, for just about everything he deemed to be wrong with our country.

And he puts a special focus on bilingualism.

As a result, the Reform Party made this a focus of their policy, believing that they could further fan the flames of anger over the issue, that many of their supporters felt deliberately targeted the West.

Maybe that's why in 2001, Harper felt comfortable speaking of this in Calgary, while perhaps not being so eager to do so in Ontario, Quebec or the Maritimes.

And bilingualism has remained an important issue for some members of his party, despite the fact that many parents are choosing to send their children to French immersion schools, appreciating a need and even a desire, that their children become fluent in both of our official languages.

Just when we thought we were well beyond the age of angst over French on cereal boxes and the like, in steps Vic Toews with the heavy linguistic lumber. In a fit of pique - uggh, that's a French word - the President of the Treasury Board charged that the Liberals view unilingual Canadians as second-class citizens. "It's clear," he harrumphed, "that the Liberal Party considers those of us who speak one official language to be less Canadian."

The truculent Mr. Toews is responsible for language policy in the federal public service. He blew his anglophone gasket - Quebeckers will not be overjoyed - in a committee hearing on the Official Languages Act when Liberal MP Pablo Rodriguez had the audacity to ask whether, given his duties, the minister should be bilingual. (1)

Peter Brimelow would have smiled.

Royal Commission on Bilingualism and Biculturalism

The Royal Commission on Bilingualism and Biculturalism was established by the government of Prime Minister Lester B. Pearson in response to a growing separatist sentiment in Quebec. He wanted to try to bridge the gap between Anglophones and Francophones, to create an equal partnership between what were considered to be the two founding races.

When Pierre Trudeau came to power he adopted many of the recommendations of the commission, creating The Official Languages Act, which meant that:

... francophones could have service in their own language from any federal agency in Canada in jurisdictions where they exceeded 10 percent of the population. The same guarantee applied to English Canadians in Quebec. Opposition leaders supported the legislation, although Progressive Conservative leader Robert Stanfield faced a rebellion from some members who charged that the legislation "stuffed French down the throats" of anglophones.

The Official Languages Act transformed the federal government, where the senior public service now works bilingually and the percentage of francophones in the service roughly equals their percentage in the population. In the 1950s, by contrast, francophones constituted less than 10 percent of the Canadian public service, and the language of work was, with few exceptions, English. ... In Jack Granatstein's apt assessment, its "contributions in detail were not great; what it did do was to help prepare English Canadians for the necessity of change. That was a major achievement, immeasurable as it might be." (2)

But Trudeau did not accept 'biculturalism' as written, but instead; inspired by the United Nations Universal Declaration of Human Rights, he decided to broaden the initiative and create a liberal society that accepted all peoples as equals. This resulted in Canada adopting an official policy of multiculturalism.

In studying many of the groups opposed to bilingualism, more often than not, it was the 'multiculturalism' that bothered them the most. It was just not as easy to articulate in a tolerant society. And throughout Brimelow's book, there is an unmistakable edge to the issue of bilingualism, not lost on the Reform Party.

Read for example Peter Brimelow's words bemoaning the eclipse of Anglo-Saxon hegemony.'At the end of the nineteenth century, belief in the superiority of the Anglo Saxon values ... [was] the most social norm in every English-speaking country ... For WASP supremacists everywhere, however, the twentieth century has been a most distressing experience. (3)

The Alliance for the Preservation of English

The Alliance for the Preservation of English* in Canada (APEC) was an anti-French and anti-Quebec hate group in Canada, which campaigned against the Canadian government's policy of official bilingualism.The group was formed in 1977 by Irene Hilchie, a government employee who felt that she was being discriminated against in her job because she did not speak French. The group's most famous member, however, was Jock V. Andrew, whose book Bilingual Today, French Tomorrow alleged that bilingualism was part of a government plot to make Canada a unilingually French country ... APEC also worked closely with the Confederation of Regions Party and the Reform Party, two political parties which held similar views about bilingualism and the role of Quebec in Confederation.

In 1989, a small group of APEC members in Brockville trampled the Quebec flag* at a protest, which became one of the catalysts for the 1995 referendum.

Peter Brimelow quotes J.V. (Jock) Andrew in his book The Patriot Game. All were instrumental in drafting the Reform Party's policies toward bilingualism (and of course multiculturalism, which they also opposed).

*Bob Runciman, former cabinet minister of Mike Harrris, was also a member of APEC. He is one of the most recent patronage senate appointments made by Stephen Harper.

“The Brockville chapter of APEC successfully opposed a petition to introduce French immersion classes in the Leeds and Grenville school district; not that the school board really needed prodding from APEC to turn down French immersion. Bob Runciman, the local MPP, supports APEC and has addressed a meeting of its Brockville chapter ... Runciman has apparently helped whip up the anti-bilingualism sentiment in the area, and [APEC] members claimed 1,400 people have joined the cause in Brockville and 10,000 across the province.” (Kingston Whig-Standard, July 11 1987)

Runciman called bilingualism “a supreme exercise in social engineering" and later in Brockville:

“On a platform behind the train station, a Quebec flag was spread out. About half a dozen demonstrators took turns stomping and spitting on the Fleur-de-lis before it was set ablaze.” (Ottawa Citizen, October 19, 1992)

1. Truculent Toews has too much to say about the bilingualism issue, By Lawrence Martin, Globe and Mail, May 7, 2009