A Deceptive Democracy: Drama on the High "C"'s. Coalition, Coups, Crisis and Conspiracy 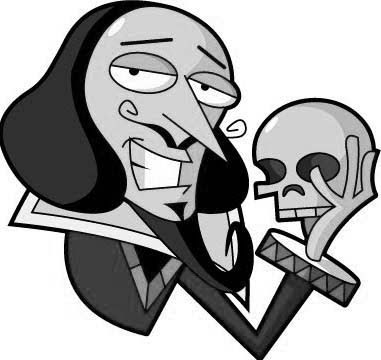 There is a 2009 book Parliamentary Democracy in Crisis, edited by Peter H. Russell and Lorne Sossin, that focuses on a country in crisis.

And of course that country in crisis is Canada, now in the grips of a man who will do whatever it takes to hold onto power.

The book focuses on the 2008 coalition and the actions of the Harper government, but it also speaks of a broader issue. An ill informed public so easily led to believe that there was a national emergency, when in fact the only thing happening was democracy in action.

And it was not a government seeking compromise, but a rehearsed drama performed to instill fear into an audience of onlookers. A nation that no longer participated, but were happy to simply watch. And even more alarming was that the whole performance was underwritten by a media who felt that drama sold more papers, than fact.

James Travers suggests that the new Governor General must assume the role of teacher.

Canada has a new Governor General and an old problem. In replacing Michaelle Jean, David Johnston, a lawyer and teacher, inherits a Prime Minister and country in desperate need of a civics lesson. (1)

I agree that the public needs a lesson, but Stephen Harper knew exactly what he was doing. He knew it because he had done the same thing four years earlier. He knew how coalitions worked and why at times they became necessary.

But he allowed his arrogance and visceral hatred for political opponents to take over, and the only thing that mattered was power and the refusal to accept that he could lose.

Harper told Conservatives at their annual Christmas party: 'We will use all legal means to resist this undemocratic seizure of power. My friends, such an illegitimate government would be a catastrophe, for our democracy, our unity and our economy, especially at a time of global instability."' The media pointed out that Harper himself, in 2004, with a minority Liberal government at risk of being defeated in the Commons, had sent a joint letter with Layton and Duceppe to then-Governor General Adrienne Clarkson, urging her to 'consider all your options' if the government fell on a confidence vote. Their letter had said: 'We respectfully point out that the opposition parties, who together constitute a majority in the House, have been in close consultation.' (2)

We also learn from Lawrence Martin's new book: Harperland, that he was prepared to even go the Queen to plead his case. He was that desperate.

As the crisis roiled, John Baird, then as now Stephen Harper’s go-to guy, revealed plans revolutionary enough to rock Canada’s foundations. Defending Parliament’s suspension, Baird said, “I think what we want to do is basically take a time out and go over the heads of the members of Parliament, go over the heads, frankly, of the Governor General, go right to the Canadian people.”

Parsed to its essence, a ruling party then accusing “Liberals, socialists and separatists” of overthrowing the government was contemplating what sounds dangerously close to a coup. If Jean refused to find in the Prime Minister’s favour, Conservatives were prepared to ride roughshod over Parliament’s will and the Governor General’s decision. (1)

That's what I find frightening. Would he have resorted to military rule if the Queen, as she would most certainly have done, refused to step in? He turned Toronto into a militarized zone during the G-20. This man is clearly capable of anything.

In November of 2008, the opposition had outsmarted him, and were able to use legal means to do so. And backed into a corner, frothing at the mouth and eyes flashing red, he did the only thing left . He lied. And he lied big. And every lie necessitated another lie, until it completely overwhelmed him, and us.

By Tuesday, 2 December, the government was indicating that prorogation would be the route it would follow. The exchange that day between Harper and Dion in Parliament's Question Period was explosive, with the prime minister focusing on the inclusion of the sovereigntist Bloc in the coalition pact and at one point accusing Dion of removing the Canadian flags from the room before signing the accord with Layton and Duceppe. Thus, to a political and constitutional uproar, the prime minister now added a third element: national unity. (News organizations took several photographs that clearly showed there were two Canadian flags, as well as the flags from all the provinces, directly behind the leaders as they read their statements — along with a third, separate Canadian flag behind the table where they signed.) (2)

And even when Gilles Duceppe produced both the letter that Harper had given him in 2004, that clearly showed he intended to make Duceppe a full partner in the Coalition, and another from 2000, when Stockwell Day presented the Bloc leader with the same proposal, the Harper team denied it. Cries of "Separatists" and "Socialists" drowned out intelligent debate.

It's important to review what took place now because as Travers points out:

First Conservatives denied considering an appeal to the Queen if Jean had refused to padlock Parliament two years ago. Then, barely pausing to regain their hyperbole, Harperites inflated the specter of a coalition seizing control after the coming election. The denials are credible; the fear-mongering irresponsible.

After his first success with suspending democracy, Stephen Harper has made it his modus operandi, with another self-serving prorogation and the refusal to respect the supremacy of Parliament in dealing with the Afghan detainee issue.

And regardless of how you feel about the dynamics of the coalition, remember there would not have been pork barrelling, photo-ops, enormous amounts of cash given to exclusive religious schools, 50 million dollars going to signs or almost 100 million to self serving ads. There was no need.

The drama would have closed opening night, saving us all two years of bad acting.

Previous: A Deceptive Democracy: Coalitions and a Knowledge Deficit