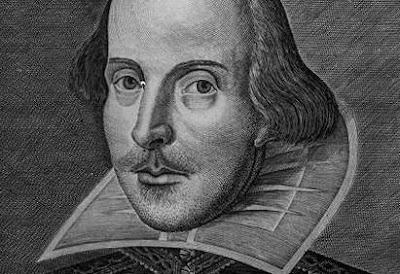 When media mogul Rupert Murdoch, first met Ronald Regan, he was surprised at how old and frail he was. Murdoch had been invited to the White House for a luncheon and Reagan actually fell asleep during the meal. 'The other guests went on eating and the waiters continued to take the plates away'. (1)

He had backed the Reagan campaign but the man he saw was nothing like the man he had portrayed. How could this be?

In their book Newsmongers, Mary Anne Comber and Robert Mayne, present an interesting theory on election campaigns, comparing them to plays. The stage is set and the actors assigned their roles. It is then up to the media to write their lines, and they rarely allow them to go off script.

Ronald Reagan was billed as the "Great Communicator", and though revisionist history paints him as a much loved man, in fact he was never really that popular, and had a horrible track record. But he could communicate. He knew how to deliver his lines. The media applauded.

A favourite journalistic device is to compare politics to a stage play. Politicians are referred to as actors on the political stage. In any story some politicians have lead roles and others are cast in supporting roles. They give performances and the spotlight tracks them across the political stage. One implication of this device is that it allows journalists to play the role of theatre critic. (2)

Neocons have recognized this and found a way to capitalize on the phenomenon, by creating the characters themselves. They even publish the playbills, also known as "ten percenters".

Stéphane Dion Starring in 'Not a Leader'

When I attended a townhall meeting in Kingston during the 2008 coalition attempt, one of the speakers was a retired professor from Queens University. He had been the head of the political science department and told of how Mr. Dion was one of the most respected men in his field. He was quoted often.

In his book, the Rights Revolution, written in 2000, Michael Ignatieff placed Dion as a leader in the understanding of group rights and multiculturalism. (3) He was also the author of the Clarity Act.

In Losing Confidence, Elizabeth May describes Dion's uphill battle to have the Kyoto Protocol adopted. She reveals how Stephen Harper and Jack Layton colluded to call an election on the exact date of the "opening day of the most important global climate negotiations in history." (4) And simply because they didn't want the Liberals to look good on the International stage.

Forget that it meant that Canada would look good on the International stage. I lost a lot of respect for Jack Layton after reading that.

But despite the ploy, Stéphane Dion would be victorious as a result of the most selfless act of any politician in a very long time.

Dion told the world immediately after the government fell that he now worked for the United Nations. He said he would resume his life as a Canadian politician on December 10, when the meeting was over.

Incredibly, he steered the meetings to the high-water mark of possible objectives, across every issue. I may never have had a happier moment than when the meetings concluded on December 11 at 6:17 in the morning after round-the-clock negotiations. Dion brought down the gavel on the most aggressive possible actions to advance limits in the next commitment period, set to begin in 2013. (4)

Can you imagine Stephen Harper ever sacrificing his own political career for an opportunity to allow Canada to shine?

I may never have been as devastated as when Stephen Harper was elected, knowing he would do whatever he could to stop progress in reducing greenhouse gases. What we didn't see as a further disaster in bringing down the government on November 28 was that it effectively rendered the Montreal negotiations invisible to the Canadian public. The media was off on the typical brainless pursuit of Canadian election as horserace. Policy and science, particularly UN discussions of the climate crisis, were not going to be covered in an election campaign. (4)

And when Dion became the party boss in 2008, Harper immediately went to work, laying out the play's story, and narrowing the dialogue. And despite proving enormous leadership on the world stage, Dion's "character" was that of a bumbling idiot with weak leadership skills.

And Harper, who lacks any real leadership qualities, played the role of the strong commander, who would slay the recession dragon and pull Canadians out of the abyss. One he threw us into.

Benjamin Disraeli once said: “I must follow the people. Am I not their leader?" Harper lacks the skills to motivate and bring out the best in people. He also refuses to share the limelight. He is a one-man show, and those around him, only there for his amusement.

When he was running the National Citizens Coalition his VP, Gerry Nicholls once suggested that there was a problem with a billboard that Harper had designed, but when he shared his thoughts, Harper responded icily "I don't give a f--- what you think." (5)

He feels the same way about us, believe me.

After the successful run of 'Not a Leader', our budding playwright was ready for a sequel with the new Liberal leader. And while he needed to downplay Dion's enormous diplomatic success, he now had to destroy Michael Ignatieff's history, as a member of one of Canada's most important families.

So how best to do this? Cast him in the role of a man who only returned to Canada as a matter of convenience. He was 'just visiting'. If he didn't become prime minister he would return to teaching at Harvard, where he headed the Human Rights department.

But in a clever plot twist, despite the fact that most of Ignatieff's career was spent in the UK, where he made documentaries for the BBC, including one that won him a Gemini; worked as a war correspondent, taught at Oxford, Cambridge and the London School of Economics, and wrote 17 books, they had to make Canadians believe that he was somehow an American. So they capitalized on a two letter word 'we', that he used to connect with his audience when working in the U.S. (for only 5 years)

And the audience lapped it up. The media held their flashlights, directing the patrons to their seats, and called the play a triumph. Of course they would. They wrote the lines.

And if any among them gave the play a thumbs down, they were dismissed as Liberal hacks and a promise made that they would "never work in this town again."

Time For a New Play

With an election on the horizon, rumour has it that Harper is working on a new play, the working title: 'The Coalition is a Coup'. It's got pirates and everything.

But personally, I'm not too impressed with his skills as a playwright, so I think it's time that Canadians collaborated and wrote their own play.

Order your tickets now. It's guaranteed to be 'Sold Out'.