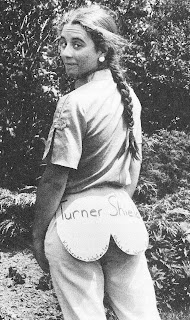 "[The media] seem to be nothing in themselves, and often say that they merely report what goes on. In truth, they do nothing on their own; they act in the manner of a compassionate passerby who sees an accident in the street and rushes to see if someone else can be of any assistance. But the media greatly affect how we regard government." Harvey Mansfield Jr.

There is a lot of discussion today about the absence of independent media, and the way that the majority of journalists treat the news.

It has become a game where they set the rules.

And while the right claims that the media is against them, the exact opposite is true, as corporate media now controls the message, and corporations stand to gain the most from neoconservative/right-wing policies.

I prefer to read columnists who are neither right nor left, but honest. And I avoid those who have lowered themselves to the standard of partisan hacks.

Barry Cooper, a member of the Calgary School that helped bring Stephen Harper to power, co-wrote a book; Hidden Agendas: How Journalists Influence the News. In it, he correctly reveals how the media now manipulate the story, but his suggestion that it is always with a left-wing tilt, is wrong.

Case in point, though there are many examples, is the John Turner "bum pat".

In their book The Newsmongers: How the Media Distort the Political News, Mary Anne Comber and Robert S. Mayne discuss an incident during the 1984 federal election campaign.

After greeting Liberal president Iona Campagnolo: John Turner threw one arm around her shoulder, then slapped her backside and exclaimed, "Come on, Iona, let's circulate!" Iona's welcoming smile froze. She stepped behind Turner and whacked his backside. The pursuing reporters had their cameras rolling. The rest is history. The infamous "bum patting issue" was born.

It was offensive, dead wrong and definitely a political faux paus, but how important was the issue?

The way in which this story "broke" is interesting in itself. According to the Globe and Mail account, the film footage of John Turner patting Iona Campagnolo's bottom was first shown on the CTV news, July 20th, after a few days hesitation on the part of the network. The Globe and Mail claimed that, during the period between the event and the showing of the footage, pressure by reporters was mounting on CTV editorial staff to air the film clips. Finally, they gave in and aired the film. Could it be that CTV editors were asking themselves: "Is this fair coverage? Is this the kind of event we should draw to the public's attention?" We will never know. The footage was shown, and the extensive coverage that followed turned this one-minute event into the most-discussed issue of the 1984 federal election campaign.

The day after CTV aired the footage, the Globe and Mail printed two front-page articles on Turner and bum patting. In the days that followed, most Canadian newspapers carried editorials, cartoons and photos on Turner's gaffe. Bum patting was a bonanza! Everyone had an opinion on the matter, and the media establishment appeared to delight in just saying the phrase over and over again. (1)

John Turner didn't help matters, by refusing to apologize, and instead continuing the practice of not only patting the bums of women but men alike. Something he claimed he always did.

So it wasn't really a sexist issue, so much as an inappropriate one.

This might have been a perfect time to bring women's issues to the forefront, and as important as being seen as sexual objects was, there were other things that could have been discussed. Things like equal pay, a child care plan, discrimination. Maybe the fact that the president of the party was a woman, might have meant something.

The point of most interest about bum patting (besides all the wonderful opportunities it gave Canadians to make a wide variety of dreadful puns) is that it was an issue placed on the political agenda by the media. It wasn't that the party leaders had different policies on bum patting that needed to be publicly discussed or debated (although the imagination takes flight with the possibilities for slogans, placards, and Rhinoceros Party pamphlets.) No, the point is that the media placed bum patting on the agenda and then, by dint of constant attention, kept it there ... Turner's campaign aircraft was renamed "Derri Air" by reporters. (1)

We want our politicians to discuss issues of importance, but when we allow the trivial to dominate the agenda, we cannot expect intelligent political debate. Policy gets put on the back burner, when every one's looking for the "zinger" or the embarrassing image that can crush a hopeful. Like a prime minister mining old tapes of a political opponent during a time when the country wanted answers on the state of our economy.

And these incidences cross party lines. From Robert Stanfield fumbling the football, to Stephane Dion's difficulty with an intentionally convoluted question, to garner the expected response.

These images are "fair game", but how much is too much, especially when they overwhelm the important issues that our politicians should be addressing? And all too often those are the things that decide elections.

If we want to save our democracy, this is a good place to start. We won't get better from our media, unless we start demanding better. We are the ones who must set the agenda.

In 1863, Sir John A. Macdonald threw up during a campaign speech and his opponent tried to paint him as a drunk, suggesting that he was suffering from a hangover.

If that had been today, there would have been days of commentary, and the image of the puking Tory leader, played over and over. It would have been analyzed by experts, including a medical team who would reveal the contents of his stomach , and "Joe the boozer", who would provide an "expert" opinion on the stages of the "morning after".

Instead, MacDonald retorted: "I get sick ... not because of drink [but because] I am forced to listen to the ranting of my honourable opponent." – case closed.