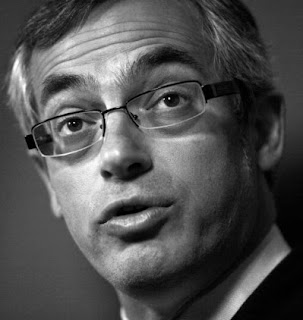 Tony Clement and the National Citizens Coaltion go back a long ways, to the days when their spin-off group, Ontarians for Responsible Government, helped to get Mike Harris elected, by running attack ads agaisnt Bob Rae.

But to show the clout he has with them, former NCC Vice-president (when Stephen Harper was president) Gerry Nicholls reports that:

Industry Minister Tony Clement was angry because the NCC has posted in its "Tales from the Tax Trough" booklet that he had spent $30,000 on a trip to Kenya. And it was true, he had. But Clement called up NCC president Peter Coleman to complain and amazingly Peter agreed to apologize and to delete
the Kenya reference from the booklet!!

And the NCC didn't do anything to warrant an apology. The NCC even posted a message from Clement on their site (Note they refer to him as "Peter" Clement). All I can say is that when I worked at the NCC we never would have let a politician bully us like this. (1)

Tony Clement Fights Against Unions for the NCC with Tax Dollars

Looking at one recent anti-union campaign, referred to as the 'Free the Lively Seven', launched by the National Citizens Coalition, you will be led directly to Tony Clement and Industry Canada.

1. The Background: The NCC

If we had to identify what the NCC is against, it would be difficult, because there are a great many things. However, Stephen Harper's VP, when he himself was President of the National Citizens Coalition, Gerry Nicholls, in his spin-off group ProudToBeCanada (PTBC), states pretty clearly what they are 'for'.

We're: Pro-life. Pro-freedom. Pro-USA. Pro-Christian. Pro-Israel. Pro-family. Pro-traditional marriage. Pro-free market capitalism. Pro-war-on-terror and war on Islamofascism and terror in Iraq and everywhere else. Pro-military. We're for smaller governments. For less taxes. Against socialism. Against state-owned or state-run media. Against asinine state controls on our legal gun ownership. Against the so-called "progressive", left-wing church of liberalism.

2. The Victims: 'The Lively Seven'

One of the many tactics of the National Citizens Coalition, when they are attacking unions or Canadian Institutions on behalf of corporate interests, is to select a perceived victim or group of victims, then exploit them to elicit contributions; while putting a human face on the campaign.

In this case the poster children were seven women from Lively, Ontario (part of Sudbury). When the United Steelworkers won the right to represent the employees of all TD/Canada Trust branches in the area, seven women decided not to join, despite the fact that the majority did.

The National Citizens Coalition is "shamelessly" exploiting seven workers at a Lively bank who don't want to join a union, the Ontario/Atlantic director of the United Steelworkers of America says. Although he never mentioned the group by name, Wayne Fraser took dead aim at the NCC in a release issued from his Toronto office.

"Our union was recently certified at several bank branches in the Sudbury area and we are in the process of negotiating improvements to wages and working conditions," Fraser said in the release. "Suddenly full-page newspaper ads and opinion pieces have sprung up all over Ontario, declaring support for a small group of workers who did not sign union cards at one branch," he said. (2)

WHAT'S HAPPENED
- The Steelworkers organized eight branches of the TD Bank in Sudbury.
- In all, 114 people were certified as members of Local 2020 of the USWA six months ago.
- The local has since been trying to negotiate a first contract.
- The National Citizens Coalition has posted a website, called http://www.freethelivelyseven.ca/ containing what it says is "the true story of The Lively Seven

Susan Martinuk is a right-wing (Conservative?) journalist, who is not only a friend of the National Citizens Coalition, but is also a regular contributor to the spin-off group ProudToBeCanadian, or PTBC.

She runs a company called Journalists For Hire, so if you need a bit of PR for your next redneck adventure, just call Susan.

Well, she inked an op-ed piece in a Conservative magazine, throwing her support to the NCC:

The National Union of Public and General Employees (NUPGE) and the United Food and Commercial Workers (UFCW) have decided that Canadian workers need to be empowered. This is supposed to happen via a campaign to restore workers' rights to Canada's labour laws. Under the shibboleth "labour rights are human rights," they are also promoting a document that they deem to be a "Workers' Bill of Rights." This bill was first circulated during the election, when every party leader but Mr. Harper signed it in exchange for union support. The unions are now making much of this refusal and calling for our new Prime Minister's endorsement. (3)

The union fought back and of course the NCC lost the case, not that they really expected to win. It gave them publicity and money, and that was the whole idea anyway. One more attack on unions in the name of corporate profit. They'd already moved on.

The trial of the Lively seven was handled by a Sudbury lawyer, Lise Poratto-Mason, who was retained by the National Citizens Coalition. She is listed on their site under contacts and in a fundraising blitz by the NCC, it was reported that they still needed money to pay her bill.

THE BILLS FROM THEIR FINAL FALL COURT CASE ARE NOT YET FULLY PAID. DIG DEEP. TAKE A STAND FOR THE RIGHTS OF ALL CANADIAN EMPLOYEES BY ASSISTING THE LIVELY SEVEN WITH THEIR COURT COSTS.

As I've stated the National Citizens Coalition spent hundreds of thousands of dollars to get Mike Harris elected, so Clement is indebted, and obviously still an active member of the NCC.

Once the appeals of the Lively Seven were exhausted, he announced that he would be setting up an advisory board for an agency under his mandate as Industry Ministry: FedNor, which is supposed to represent the interests of Northern Ontario.

However, NDP MPs, who represent most of the area, claim that it does everything but, and want it put at arms length of the government. Aka: they want Tony Clement's hands off it. Wise move.
And on this advisory board we find the NCC's lawyer, Lise Poratto-Mason. Now it's an unpaid position, but Clement seems intent on raising her profile. Are they looking to this NCC lap dog as a possible Conservative candidate to run for one of the ridings in the area?

Not to worry though. He did give her a patronage appointment on the Canada Pensions Board, so it's all good.

2. Steelworkers take aim at NCC: Union objects to how the National Citizens Coalition is portraying a group of Lively anti-union activists, The Sudbury Star, September 17, 2005