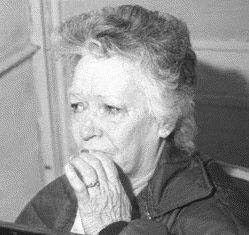 In August of 1983, Betty Lou Beets reported the disappearance of her husband, Jimmy Don Beets. His fishing boat was found drifting on Lake Athens in Texas, suggesting that he had drowned. A year later, a dwelling belonging to Jimmy Don was destroyed by fire, and the insurance investigators suspected that it was the result of arson, so refused the claim submitted by his widow, Betty Lou.

The attorney she hired to represent her was E. Ray Andrews, who advised his client that since her late husband was a firefighter, she was probably eligible to receive death benefits and a pension, if they could present evidence that he was deceased. In 1985, the City of Dallas Fire Department, agreed to provide benefits to Beets, but before receiving her first cheque, acting on a tip, the police uncovered the body of Jimmy Don, buried underneath an ornamental windmill in the yard of the trailer they shared.

On June 8, 1985, Betty Lou was charged with the capital murder of Jimmy Don and invoking the "murder for remuneration and the promise of remuneration on the theory that she killed her husband in order to obtain his insurance and pension benefits and his estate" (1), was sentenced to death. This despite the fact that when she killed her husband she wasn't aware of the fact that she would even be entitled to such benefits.

But the jury never got to hear that. And they also were never allowed to hear evidence of a lifetime of abuse, physical and sexual, that Betty Lou had endured, beginning with rape by her father at the age of five. Nor did they hear of the abuse she suffered at the hands of her husband, including evidence of such abuse, or that she had been in a serious car accident that left her with permanent brain damage.

But what was even more compelling, was the fact that her lawyer, E. Ray Andrews, for his fee, had Betty Lou sign over all media and book rights to him, through a relative.

“He said he was going to get rich on all this, and the case was going to be the biggest thing that ever happened to him,” Bob Miller, commander of the local Veterans of Foreign Wars post, told Beets' appellate lawyers in a 1991 affidavit. “He said the case was going to turn into a big movie, and he had all the rights to it. It was something that he talked about pretty often.” Miller also said Andrews regularly drank heavily at the post prior to going into court to argue the case.

After becoming district attorney, Andrews was arrested by the FBI in 1994 for soliciting a $300,000 payoff to drop a death penalty case against a businessmen accused of killing his wife. He resigned from the prosecutor's office, gave up his law license, and cried at his sentencing, saying he was a longtime alcoholic, prescription drug abuser and heavy gambler. He was sentenced to three-and-a-half years in federal prison. (2)

And yet with all of this evidence, then Texas governor, George W. Bush, refused to grant a 30-day reprieve, so that Betty Lou's attorneys could seek a new trial. After declining a last meal, and telling those around her that she was frightened, at 6:18 p.m on February 24, 2000; 62-year-old Betty Lou Beets was put to death at a state prison in Huntsville, Texas.

Should she have gotten off? Of course not. When they unearthed the body of her husband, they discovered another husband buried nearby. But the death penalty should never have been on the table. This was a woman who clearly needed psychiatric help.

During his six years as governor of Texas, George W. Bush presided over 152 executions, more than any other governor in the recent history of the United States. This included the execution of Terry Washington, "a mentally retarded man of thirty-three with the communication skills of a seven-year-old. Washington’s plea for clemency came before Governor Bush on the morning of May 6, 1997. After a thirty-minute briefing ...Bush checked “Deny”—just as he had denied twenty-nine other pleas for clemency in his first twenty-eight months as governor." (3)

Another woman put to death by Bush, was Karla Faye Tucker.

If the jury that sentenced Karla Faye Tucker .. had known of her drug-ridden childhood prostitution, would they have found mitigating circumstances to spare her life? (3)

Her crimes were horrendous, and she should have been given life in prison for them, but did she get a fair trial, that brought down her death sentence?

In his autobiography, Bush claimed that the pending execution of Karla Faye Tucker “felt like a huge piece of concrete…crushing me.” But in an unguarded moment in 1999 while traveling during the presidential campaign, Bush revealed his true feelings to the journalist Tucker Carlson. Bush mentioned Karla Faye Tucker, who had been executed the previous year, and told Carlson that in the weeks immediately before the execution, Bianca Jagger and other protesters had come to Austin to plead for clemency for her. Carlson asked Bush if he had met with any of the petitioners and was surprised when Bush whipped around, stared at him, and snapped, “No, I didn’t meet with any of them.” Carlson, who until that moment had admired Bush, said that Bush’s curt response made him feel as if he had just asked “the dumbest, most offensive question ever posed.”

Bush went on to tell him that he had also refused to meet Larry King when he came to Texas to interview Tucker but had watched the interview on television. King, Bush said, asked Tucker difficult questions, such as “What would you say to Governor Bush?”

So should someone this callous be given this ultimate power? The decision to kill another individual? And before you suggest that these crimes were hanis and Bush did the right thing, you might ask yourself why he did grant clemency to Henry Lee Lucas, a man described as one of the worst serial killers in U.S. history?

There were certainly reasons to review his situation, given that Lucas confessed to crimes he couldn't have committed, but the fact remains that he did kill several people. But at the time, Bush was making a run for the presidency and wanted to appear to be a "compassionate governor."

But as Sister Prejean wonders, why are politicians given the “divine right of kings,” the absolute power over life and death, when they are motivated more by expediency than by conscience? And given the number of convictions overturned when new evidence is presented, should the death penalty be an option?

So What Does This Have to do With Us?

When the Reform Party was first established, part of their original policy was that the death penalty should be re-instated in Canada. Do I need to remind you that Stephen Harper was the key author of that policy book?

Stockwell Day, not only championed the death penalty, but also believed that it should apply to children as young as 12. His justification for this is the Old testament.

So when Canadian Ronald Smith was sentenced to death in Montana for the murder of two men, it came as no surprise that Day announced that he would not step in. Even the right-wing Jonathan Kay opposed his decision:

It goes without saying that Smith is a malignant creature, and deserves no earthly interregnum between incarceration and Hell: By Smith’s own admission, his two murders were motivated by nothing more than a desire to experience the ultimate evil. But it is an inescapable fact that our Parliament long ago rejected the death penalty as immoral. Until this collective national judgment is formally reversed, it is inappropriate for our government to stand mute as a Canadian is subjected to a punishment in the United States that we ourselves would never permit. (4)

And there is a fear that this has now set a precedent, that could ultimately be used to challenge Canada's position on capital punishment.

Stephen Harper has been an admirer of Bush's and the two men share the same ideology. And part of that ideology is the fact that people are not created equal. When president of the National Citizens Coalition, citing the group's successful campaigns, Harper stated that: "Universality has been severely reduced: it is virtually dead as a concept in most areas of public policy." (5)

There are no grey areas. If you are rich it's because God wants you to be rich and if you're poor, it's because you're lazy. Nothing anyone says, will change their minds. They will say what needs to be said for political gain, but they will listen to no one.

As noted in the following video, when discussing the Harper government, they have a "Failure to consult. To have the rest of society contribute to the debate." This is part of a pattern when it comes to Canada's justice system, or pretty much any decision made by the Reformers. Their word is the final word.

We've seen it with the closing of the prison farms. With their intention to spend ten billion dollars on more prisons, when Canada's crime rate is the lowest in our history. With the scrapping of the gun registry, despite protest from the police who use it on a regular basis.

We might be tempted to think of people like Clifford Olson and Paul Bernardo, and wonder if they should in fact be put to death, but then we must also consider people like David Milgard, Stephen Truscotte, Paul Morin and Donald Marshall Jr, who were all convicted of crimes they didn't commit.

Do we really want this kind of absolute power put into the hands of someone like Stephen Harper? Do we really want to bring back the death penalty? We have been moving toward a just society, and that should involve tackling the root causes of crime, not seeking more and crueler ways to exact revenge.