Preston Manning was born into politics and being a politician was a birthright. But he was out of step with the times.

The radical sixties presented conservatism and capitalism with a major problem: the focus of all the new social movements, and the rejuvenated older ones, was the failure of the "capitalist system" to respond to the needs — economic, social, and cultural —of the young, women, native and poor people, and the otherwise marginalized.

The efforts of Preston Manning and his young associates had been primarily aimed at saving Social Credit — the provincial bastion of social conservatism in Alberta. Ernest Manning's efforts had been focused equally at the national level. (1)

When Peter Lougheed beat out the Social Credit Party in Alberta in 1971, author Allan Hustak wrote:

Thirty-six years of 'God's government' had come to an end ... but in terms of Alberta's history it was a triumph of style rather than substance — the secular equivalent of a revival meeting — a new minister had been selected to do a better job than the old one but the faith remained the same. There was no substantive chance in political philosophy. (1)

It was still a right-wing government but one better equipped to handle the times. For Preston, who had run for the Social Credit party in 1965 but failed to win, he resigned himself to the fact that his political career would have to wait, if he had one at all.

The federal scene was distinctly hostile to his right-wing conservatism and more specifically to his father's efforts at "realignment." Provincially, Preston Manning could certainly have considered working towards the leadership of the Social Credit. It still held a third of the legislative seats and remained a viable party. But the goal of political realignment in Alberta had already been accomplished. Social Credit, spent force or not, was now considered irrelevant by the man who had led it for a quarter of a century.

At nearly thirty years old, Preston Manning had emerged from his six years of political experience with a political ideology, a political objective, and an approach to politics firmly worked out. These elements of Preston Manning's thinking did not change much, if at all, in the proceeding fifteen years before he founded the Reform Party. (1) 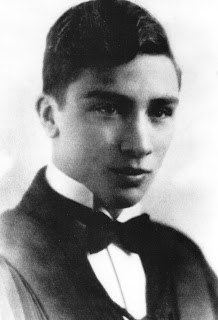 If Preston Manning was born to be a politician another young man was not.

Pierre-Philippe Elliot Trudeau came from a very affluent family, who in today's political climate would be referred to as an elitist. He was an intellectual, and a man about town, who preferred solitude to crowds.

But by 1965, he was worried about the rise of Quebec nationalism and decided that he had to get into politics to stem the tide.

Though he had only been an MP for three years, when Lester Pearson announced his retirement, Trudeau reluctantly decided to enter the leadership race.

His friend Jean de Grandpre, tried to talk him out of it.

Trudeau listened carefully. Then he proceeded to explain why his logic compelled him to run for Canada's highest public office. He had entered federal politics three years earlier to fight the resurgence of Quebec nationalism by establishing a strong federal government, one with plenty of francophones in it. If he didn't run, there wouldn't be a French-Canadian contender in the leadership race, and francophones would continue to be relegated to the backseat of power in the federal government, which in turn would provide the nationalists in Quebec with more ammunition. "If I am logical with myself, I have to say yes," Trudeau told de Grandpre. "But not because I want it."

That hesitancy in another politician might only be part of the political tap dance to precede a run for power. But in Trudeau's case, the decision to seek the prime minister's job forced him to choose between his intellectual commitment and the reclusive life he had cultivated since his youth. Trudeau had never set out to be prime minister. He was an intellectual, for years an elegant man about town, a loner, not a joiner. Still, Trudeau was so brilliant, especially in his attacks against Quebec nationalists, that his friends at the journal Cite Libre used to daydream about Trudeau's potential as a political leader. "We would say, wouldn't it be extraordinary if a man like that became prime minister," Trudeau's close friend, former senator Jacques Hebert, told Macleans. "But we were making a joke. It was unthinkable. He was never a member of an association. He never even showed any political ambition." (2)

But in 1968, at the Liberal Leadership Convention, Pierre Elliot Trudeau became the unexpected winner in what the Globe and Mail called "the most chaotic, confusing, and emotionally draining convention in Canadian political history."

He had captured the imagination of the country and inspired many to join his campaign, including the national youth organizer and party delegate for Trudeau's leadership, the twenty-year-old, Michael Ignatieff.

Continued: Images of Our Time