Harper Suspends Democracy to Move us Toward an Unjust Society 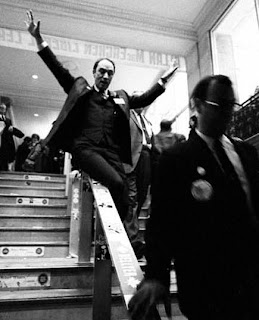 "We fought for a fairer, more humane Canada, in which the power of government was a necessary instrument in the quest for a more just society." Lloyd Axworthy and Pierre Trudeau (1)

Just as FDR's New Deal in the United States remains a catalyst to many conservative groups south of the border, Pierre Trudeau is the red flag that can still ignite a passion in Canada's far right.

When Trudeau came to power in 1968, it was a time when society was demanding change, and throughout his sixteen years affecting policy, we went through a great many changes indeed.

Canadians witnessed a changing world balance of power, a transformation of the economic paradigm, an information explosion of global proportions, the emergence of a new definition of the role of women, the birth of environmentalism, the rise of multiculturalism, the sustained impact of the baby boom on education, jobs and housing, an intense outburst of nationalism in Quebec, a shift of power towards the provinces and a quantum leap in the desire and expectations of Canadians that government could simultaneously deliver more wealth and more equity. To say the least, it was a turbulent era in which to govern. (1)

The 1960's gave rise to a " New Left" and even initiated what was called the "Waffle Movement" within the NDP, to move the party even further left. (2) But they also created a surge in the far right, to oppose societal change and the country's new direction.

Love him or hate him, I think that Trudeau was the perfect prime minister for the time. He was young(er) and fresh and could relate to the Baby Boomer crowd. But he was also strong willed enough to get things done, and arrogant enough not to worry about those who opposed him. 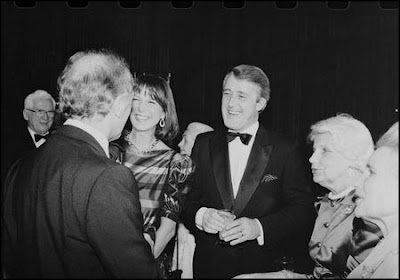 The election of Brian Mulroney in 1984, changed everything. Mulroney was a corporate guy who was not only beholden to most of the country's business elites, but also to a new doctrine as presented in part by a group of young radicals from the University of Toronto, led by Tom Long and Anthony Panayi*.

The Mulroney government would steer Canada to the right, and all the gains made by advocacy groups who had been able to lobby government on behalf of the disadvantaged, started to crumble. "The election of Brian Mulroney's Conservatives marked the end of an era of experimentation in "participatory democracy" in Canada."(3)

And on the Horizon: Stephen Harper and the Reform Party

Though Brian Mulroney clearly steered Canada to the right, the Reformers did not feel that he had gone to the right enough. And their plan for Canada was laid out two decades ago. Stephen Harper was writing policy, and most of that policy came straight from the National Citizens Coalition handbook.

But what a lot of people don't know is that much of the National Citizens Coalition handbook (4), came right from Ernest and Preston Manning's Political Realignment.**

Brian Mulroney began the process of reversing two decades of greater democratic participation, and the Reform Party intends to continue this trend. Their policy formally calls for expenditure elimination" of "grants to interest groups for the purpose of political lobbying".

Judy Rebick, President of the National Action Committee on the Status of Women, an organization which was repeatedly attacked by Stan Waters and other Reformers, views with dismays the Reform Party's commitment to cut funding to advocate groups:

[The cuts] will be a serious threat to democracy as we know it in Canada. This will mean that only groups like the Business Council on National Issues will be able to make their voices heard on the national level. It pretends to be for the "little person" but in fact the Reform Party's policies favour the most powerful forces in society.

How would the Reform Party respond to the needs of those groups in society who are still marginalized within the political system? Without government funding, effective representation to government is extremely difficult for disadvantaged groups who have few resources, precisely because they are disadvantaged.

As Lise Corbeil, Executive Director of the National Anti-Poverty Organization, puts it:

If we live in a democracy, then all the groups have to have fair access to the system. The government has a responsibility to give them the means to have their voice heard and grants are part of that responsibility. Poor people don't have professional organizations —people aren't 'professionally' poor.

If groups speaking for poor people, for example, cannot raise the money themselves to keep an office open in Ottawa and hire staff to meet regularly with government, then their voices simply will not be heard. (5)

And that's exactly what's happening in Canada today. The disadvantaged have no voice, as we've seen with the recent prison farm issue. But we've also seen an erosion in the ability of NGOs to speak for stakeholders. If they challenge this government they risk losing their funding altogether.

We are becoming a corporate state. The prison farms were not closed as a means to accelerate punishment, though it certainly fits with the Harper government's far-right ideology. But what Harper saw was an opportunity to once again promote the corporate cause, by allowing them to provide services that were being handled very well by the public sector.

In fact, he already gave the contract to provide dairy products to the prisons, to an American firm. He had no intention of listening to anyone in this country.

And borrowing from American Republican strategists, like Frank Lutz and Karl Rove, he acted first and then will try to build a consensus, by playing "divide and conquer".

But in this case, it may be a little more difficult. Because the protesters at the Kingston prison farms did not fit into Harper's molds. Normally, he plays to his base and whitewashes the issue for the mainstream, while completely ignoring the experts and stakeholders.

But those in the crowd trying to prevent the cattle from being taken away, included farmers, teachers, doctors, ministers, Catholic nuns, RMC professors, mothers, grandmothers, great-grandmothers (including an 87 year-old-woman who was arrested), and even children. And they were united as Canadians. Not "special interest". Not "lefties". Many said they actually voted Conservative.

And I think what we may be seeing is a new trend. Because more and more, single-issue groups are becoming multiple issue groups, as they now face a common enemy. The census issue provides a perfect example:

You have to admire the political logic. If there is no data to research, there will be no facts to account for. How perfect the Tories' ditching of the mandatory long-form census data collection is for themselves -- and how dangerous for the rest of us. This crazily arcane little issue is just the latest example of how the government is craftily tearing down the foundational infrastructure of democratic accountability.

After four years of the same, we're close to a tipping point -- at least that is what an unprecedented number of NGO watchdogs (aka civil society orgs) are risking their necks to tell us right now. (6)

There is a rumbling. You can almost feel it. Harper may be enjoying his latest little surge in the polls, but the West is keeping his numbers up and he knows it. Because there is a very large and angry electorate ready to join forces to put an end to his Reformer dreams.

"The aim of life in society is the greatest happiness of everyone, and this happiness is attained only by being just toward each and every person." Pierre Trudeau

**In 1975 Ernest Manning convinced Colin Brown to incorporate the NCC and set it up as a non-profit group. (4)

6. NGOs risk all in standoff with Harper over civil society crackdown, By Alice Klein, July 23, 2010