When Pierre Trudeau was first elected prime minister in 1968, I was just entering high school. I had already traded in my Beatle hairband for elephant pants and Janis Joplin, and though my parents were always politically engaged, I didn't give much thought to it.

My first memory is of two pictures that were taped to a cabinet in our dining room. Once was of an emaciated Biafran, and the other an almost life-size picture of Pierre Trudeau, that had come in our local paper.

My mom would point to Biafran child when we wouldn't eat our dinner, suggesting that he would be happy to get the meal, and no matter how many times we told her to "send the slop to Biafra", she was relentless.

But if the image of that child represented despair, the one of Trudeau stood for change. The world was changing and for many Canadians, he was leading the charge.

About that time I visited an aunt in Michigan. She lived in a small community and since I would be spending several weeks there, she had a get together with the women in her area .. a kind of meet and greet.

But I was surprised that the only thing these women of all ages (even the teenagers) wanted to talk about was Pierre Trudeau. "He's so handsome" ... "You're so lucky" .. "Have you met him?"
I was so proud. He was like a rock star, and he was ours. He was taking us out of stuffy colonialism to now being "cool". 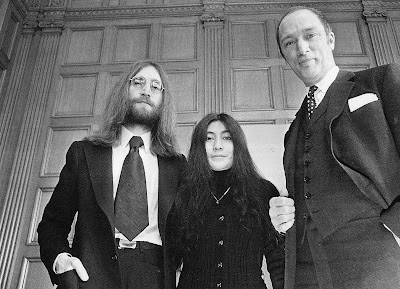 Not Everyone Was Impressed

But the Mannings didn't view Pierre Trudeau in quite the same way. They agreed that he represented change, but not the kind of change they were looking for. They wanted to take us back and he was moving us forward.

To the Mannings, universal health care was socialism, which they equated to communism, and they continued to work with their corporate friends to eradicate the perceived threat.

Socialism was gaining ground because issues such as poverty and the treatment of women and aboriginal people were now prominently on the public agenda. While other politicians — from all the parties — were approaching the problem of how capitalism could be a means to the end of solving these problems, Preston Manning and his father saw capitalism as the end — and the means of saving it was to find a way to neutralize the socialist appeal.

While Preston Manning was obliged by conditions to put his and his father's political project on hold, the broad objective of defending capitalism from the socialist threat would still be pursued. It was to this broad objective — though not to it exclusively — that M and M Systems Research, the Manning firm, would turn its attention. Social conservatism was by no means exclusively a philosophy of government. In fact, it could be seen as just the opposite: a philosophy of anti-government. The supplanting of government by private enterprise in as many areas of social life as possible was the key objective of social conservatism. M and M Systems Research would pursue that objective, for the time being, from outside government and primarily with private enterprise. (1)

And the money continued to flow, waiting for the chance to turn a just society into a corporate society. But Trudeau was not going away anytime soon.