Chapter Forty: Western Alienation and the Myth of the National Energy Program 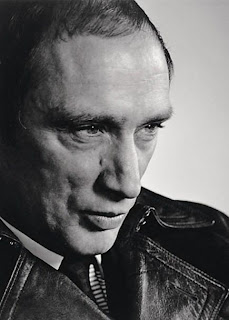 "In high school, Harper had admired Pierre Trudeau, and had even signed up for a student Liberal club. But after moving to Alberta and seeing the devastation done to the province’s economy by Trudeau’s National Energy Program, he changed his allegiance." (1)

That's quite a statement.

Stephen Harper was either lying, as so many neocons will say "I liked Trudeau until ...."; or he was grossly misinformed. Maybe it was a little of both. But Canada's national energy strategies began with John Diefenbaker, and changed with the political climate, the price of oil, and who happened to be in the White House at the time.

The only ones who didn't like the NEP were the corporate sector, especially the Americans who had found such a compliant partner in Ernest Manning.

"... as an Albertan* he had double reason for hating the NEP. It was an attack on the petroleum industry in general, and it discriminated against petroleum companies that were foreign owned - like Imperial Oil. And now Harper witnessed the flight from Alberta of a caravan of oil rigs. Exploration slowed almost to a halt ... Idle cranes towered beside the skeletal frameworks of unfinished buildings as practically all activity died."(1)

This sounds more like an argument that would come from the National Citizens Coalition or the Fraser Institute, but the fact of the matter was that the reason those cranes were idle and buildings unfinished was because Brian Mulroney cancelled the program, under pressure from the West, leaving them no protection from OPEC.

Oscar Wilde wrote that there are only two tragedies: one is not getting what one wants; the other is getting it. In the fall of 1985, the latter tragedy befell Alberta's oil industry. The OPEC cartel failed to agree upon a world oil price. The result was a global free-for-all among producing nations. Canada's oil and gas producers were caught in the middle. Having recently gained freedom from the NEP, Canada's oil and gas industry was not protected as the price of oil dropped from US $27 per barrel ... to $8 per barrel by August 1986. ... Forty-five thousand oil workers lost their jobs." (2)

So Alberta's wounds were self inflicted. And yet many Westerners still suggest that they would never vote Liberal because of Trudeau and the NEP, when in fact it was Mulroney they should have been angry with. Revisionist history and good PR has turned this into a mythical bogey man.

I think it's time to tear down that myth, and hopefully this chapter will do that.

Continued: John Diefenbaker and the National Energy Board

*Stephen Harper was actually born and raised in Toronto