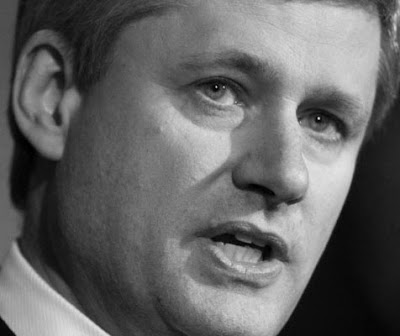 There is a recent story in the news about the possible foreign take over of Canada's potash industry.

BHP Billiton Ltd's massive bid for Potash Corp. of Saskatchewan is forcing Ottawa to contend with a hot-button issue that went dormant with the credit crunch: how to respond to foreign suitors poised to take over major Canadian corporations. (1)

The assumption of the authors of this piece is that the Harper government is concerned with this. However, the foreign takeover of Canada's resources by the neoconservative movement is a decades long dream.

...Many of Canada's small or mid-size but promising high-tech companies have also been sold off to foreign investors, making them R&D branch plants of foreign corporations rather than a potential RIM .... Last year alone, according to investment Canada, there were 437 foreign investments in Canada – 338 of them were foreign takeovers and 99 were new businesses. Of the 338 foreign takeovers, just 22 were reviewed and all were given the green light. (2)

According to Bruce Campbell, Executive Director of Canadian Centre for Policy Alternatives:

The Harper government portrays itself as standing up for Canada, but it is preparing a major sell-off of Canadian interests that will compromise our cultural sovereignty, national identity and national security. In last week's federal budget, the Harper government signalled its intent to throw open the doors of foreign ownership in three strategic, previously protected, sectors: telecommunications, satellites and uranium. (3)

Maxime Bernier once wrote about the unimportance of Canadian sovereignty:

Individual sovereignty is what is important – not sovereignty of the state. Indeed, the sovereign state is, by its very nature, a steam-roller of the individual ... 'With economic globalization, is nationality important?' (4)

I believe that it is, but there was a reason why Harper named him the first industrial minister. Because he had no commitment to Canada:

... since being named to Prime Minister Stephen Harper's cabinet in February, the rookie 43-year-old MP from Quebec's rural Beauce riding has demonstrated a stern resolve to get government out of the way of business. It is a perhaps an unusual stance for an industry minister.The holder of that post is commonly seen as the champion of government programs aimed at helping Canadian companies compete with global titans and foster innovation at home. (5)

And Tony Clement also knows how to play the game. When Canadians started dying from Listeriosis, as a result of Stephen Harper and George Bush "standardizing the jelly bean" (6), Clement was in the U.S., protecting the 'proportionality' clause in the NAFTA agreement. This clause is good for the U.S. but could be devastating to Canada. According to the Parkland Institute:

This obscure-sounding clause essentially states that, when it comes to energy, no Canadian government can take any action which would reduce the proportion of our total energy supply which we make available to the United States from the average proportion over the last 36 months.

In other words, if over the last 36 months we have exported just under 50 per cent of our available oil (including domestic production and imports) to the United States—and we have—then no government in Canada can do anything which would result in us making less than two thirds of our total oil supply available to the US....this clause seriously jeopardizes our own energy security in this country, and severely hampers our government’s ability to set our own energy policies. ... For example, if a natural disaster were to hit eastern Canada tomorrow, our government could not say that we will cut oil or gas exports to the US by 10 per cent in order to increase the oil and gas available for disaster relief in Canada. (7)

He has prevented us from responding to our own natural disasters if it means cutting into the profits of U.S. companies. And apparently he has also sold off, or is in the process of selling off our water rights. And he's not done by a long shot.

The Harper government has sent a strong signal that a part of the Canadian economy – our phone companies – not already under high levels of foreign control could be headed for the auction block in the not-too-distant future. This could mean that Bell Canada, Rogers Communications and Telus end up with foreign owners. Will the airline industry be next? The government is already committed to eliminating reviews of foreign takeovers of companies with a stock market value of less than $1 billion, thereby putting many of Canada's larger companies potentially on the auction block ... (2)

The most recent act of government vandalism is right from Harper's backyard. Bitumen will now be piped to the Gulf of Mexico for processing.

These pipelines are sending our raw, unprocessed bitumen from Canadian tarsands to spanking new oil refineries in the U.S. It is the equivalent of shipping millions of raw logs for others to cut the two-by-fours and create the wood furniture. Like forestry, the best jobs are in processing. We are left with the tarsands’ massive mess. The Americans get the good jobs. (8)

When are we going to start paying attention? When it's too late? Executives from Vale said that they were surprised when they bought Inco that our government had few, if any restrictions. They claimed that most foreign countries they move into demand that workers and the communities are respected. Clement asked for nothing. And yet they are now trying to convince us that they give a damn.

I'm not buying it.

2. Big fish feed in Canadian pond: Investment is welcome but impact on economy should be studied before declaring open season, By David Crane, Toronto Star, March 11, 2010

4. The growth of government in the 20th century and the importance of debating ideas, By Maxime Bernier, Bishop’s University, December 3, 2005

5. How far will this free marketeer go: Telecom sector is Bernier's next target for reform? By Konrad Yakabuski, Globe and Mail, September 26, 2006

8. Pipeline would ship oil and jobs south, By Dave Coles President of the Communications, Energy and Paperworkers union, Toronto Star, August 8, 2010
Posted by Emily Dee at 3:34 AM