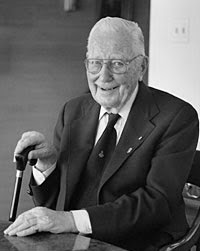 Despite the failure of his father to create a purely ideological political party, by uniting his Social Credit with the Conservatives, Preston never gave up the dream. He would just have to bide his time.

Preston Manning has always been clear about both his political agenda and his preferred political vehicle for achieving it: it is a radical free-market agenda and it would be brought to fruition on a wave of popular anger. Harnessing these two forces together - the mass power of broad-based discontent and the financial power of those supporting an unfettered free-market philosophy - was Preston Manning's party-building task. (1)

Like his father he built a network of corporate contacts who shared his vision of a corporate run government, from "... the powerful oil industry whose interests were almost exclusively tied up in a free-market economic policies. Preston Manning, who had worked on behalf of those interests for twenty years [through his consulting business], was the man who would bridge the gap. (1)

The Trudeau era left little possibility and the Mulroney sweep had westerners placated, but only temporarily. When the new Conservative big tent failed to allow room for many westerners, Manning found his opportunity:

By 1986, two additional developments gave Manning the impetus needed to begin a major push towards the establishment of his political alternative. The first was the increasing interest in alternative visions federalism expressed by Dr. Francis Winspear, a wealthy former Edmonton businessman who had once been a bagman for Lester Pearson. Winspear, now retired and living in Victoria, was exceeding unhappy with the nature of all government policies coming from Ottawa. While the eighty-four-year-old millionaire was busy funding number of private policy meetings to explore the federal alternatives - Western separatism, a radical right-wing journalist, Ted Byfield*, was busy writing about them in his magazine, The Alberta Report. Both had heard of Manning and become interested in the ideas he was expressing. On August 25, 1986, Byfield published a major article entitled "The West Needs Its Own Party." At roughly the same time, Frank - Winspear put up $50,000** and called on another former Liberal Stan Roberts, to organize an event supporting a federal alternative.

Stan Roberts was someone Winspear knew well. An economist, for—Manitoba Liberal MLA and head of the Canada West Foundation, president of the Canadian Chamber of Commerce and vice-president Simon Fraser University, Roberts had strong credentials and experience in both the academic and business communities. He began to put together an organizing group, calling on the services of an old friend Calgary oil-patch lawyer Robert Muir, and a young consultant who just published an article entitled "A Western Reform Movement: Responsible Alternative to Western Separatism." The consultant was Preston Manning. (2)

Francis Winspear was a good man, and a strong supporter of the arts. It was said that he grew disillusioned with the Liberals under Trudeau and that was why he went to the Conservatives. I hear that a lot about Trudeau, but I think for some of these people, it was not really Pierre Trudeau they protested, but the changes that occurred under him. He was doing what society wanted at that time, but not all levels of society were happy with it.

Brian Mulroney promised to stop the liberal spending on social programs, and while he was definitely more business friendly than Trudeau, he kept few of his promises to the West.

Things were definitely coming to a head, but a catalyst was still needed to get Manning's reform project off the ground. With the Mulroney government's stunning decision to overrule their own bidding procedures and award the CF-18 maintenance contract to a Montreal firm, rather than Winnipeg-based Bristol Aerospace, the second defining event had arrived. As Frank Dabbs underlines in his account of these developments, "The angry response from the west was instant and intense ... Preston Manning and the nascent Reform movement had their cause celibre." (2)

He had his necessary wave of anger:

After two years of disappointing Conservative rule in Ottawa, Preston Manning had once again floated the idea of a new political party, promoting himself as the man to initiate it. What he did not know at the time was that there were other people, powerful people, talking about the same thing. According to Ian Pearson writing in 'Saturday Night', while Preston Manning was discussing this idea in Edmonton' ... in Calgary, a group of lawyers and oil men disenchanted with the Tories had decided that a new party was the only alternative. The moving forces were Bob Muir, Doug Hilliard and the late Marvin Dill, who had organized the Canada 1 and Canada 2 yachting challenge for the America's Cup, and now drew together some of the same backers to talk about a new political party.

"One of these was oil man Jack MacKenzie. Another was Cliff Fryers, who would become the Reform Party's chief fundraiser. 'We were talking about something and someone mentioned that there was this guy, Ernest Manning's son in Edmonton', ... they called him down to Calgary and after they met with him, they said 'yeah, we're impressed. We can start something.' (1)

Preston Manning himself describes what happened next:

Meanwhile, through my consulting contacts with various political and economic interests across the West, I too had been finding rapid disillusionment with the new Progressive Conservative government. But where was the evidence that this political unrest and willingness to look at new alternatives existed, not just among certain opinion leaders, but among ordinary "grassroots" westerners? Was a populist base emerging on which a political movement might be built? I did not have a great deal of confidence that these questions could be answered simply by looking at the opinion polls. My awareness that there was "a stirring among the grassroots" came to me through my contacts with municipal politicians in Alberta ... Of the three levels of politicians in this country—municipal, provincial, and federal—it is usually the municipal ones, especially in the rural areas, who are closest to ordinary citizens. By attending several conventions and seminars of the Alberta Association of Municipal Districts and Counties, and talking with the various municipal politicians who visited my consulting office, I began to get the message that political unrest and the willingness to search for alternatives were even more pronounced at the grassroots level than they were at the executive and
interest-group level.

Cliff Breitkreuz, a municipal councillor from Onoway, in Joe Clark's constituency, was particularly insistent that "the time was ripe" for a populist movement at the federal level and that I, because of my background, should help initiate it. He kept asking me, "When are you going to stop studying and talking about a western-based reform movement, and start doing something about it?" (3)

He had the idea, the mandate and the financial commitments, and was now a leader looking for a party.

*Ted Byfield also helped a founding member of the Civitas Society where many of Stephen Harper's policies are written.

**Winspear would eventually contribute $100,000 in seed money to get the reform Party started.