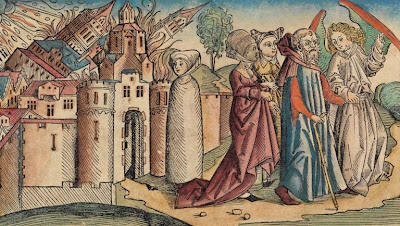 The American fascist would prefer not to use violence. His method is to poison the channels of public information. With a fascist the problem is never how best to present the truth to the public but how best to use the news to deceive the public into giving the fascist and his group more money or more power.

They claim to be superpatriots, but they would destroy every liberty guaranteed by the Constitution. They demand free enterprise but are the spokesmen for monopoly and vested interest. Their final objective toward which all their deceit is directed is to capture political power so that, using the power of the state and the power of the market simultaneously, they may keep the common man in eternal subjugation. (1)

Those words were published in the New York Times on April 9, 1944, in response to a question posed to then American vice president Henry Wallace: What is a fascist?

I used to get angry with the media when they would question Stephen Harper's moves, suggesting that they did not reflect conservative values. The reason of course, is that Stephen Harper is not a conservative. He's a neoconservative, and there's a vast difference.

Rick Salutin got it and posted a column in the Globe recently: Stephen Harper – the last Straussian? Referring of course, to the father of neoconservatism, Leo Strauss. Salutin highlights the basic characteristics of neoconservatism, including secretiveness, religion, nationalism, populism and contempt. All of the ingredients, Strauss believed, to keep the "ignorant masses" in line.

Elizabeth Littlejohn understands what all of that really means.

Historically, when a society's parliamentary process is suspended and disrupted, trade unions undermined, and people of property, such as the rightwing press, banks and big business, are privileged, these policies are the precursors to a fascist state. I use this term with full cognizance of its weight and implication. (2)

Smart girl that Elizabeth. Because neoconservatism is just a fancy word for Fascism. It is a country run by corporations, that uses religious fervour, deceit, military tactics, secretiveness and fierce nationalism to control it's citizens and keep them, as former VP Wallace said "in eternal subjugation".

I'm currently reading American Fascists: The Christian Right and the War on America, By Chris Hedges, and it's been like an awakening. He lays out the Harper agenda succinctly, though he never mentions our prime minister. But this is a blueprint for a fascist nation first visualized by Wallace in 1944. It's neoconservatism.

And Hedges is a religious man, graduating from the seminary at Harvard Divinity School. He was also a foreign correspondent for the New York Times for almost twenty years, so he speaks from experience and with a knowledge of the subject.

The Gospel of Prosperity

... the gospel of prosperity—which preaches that Jesus wants us all to be rich and powerful and the government to get out of the way—has formulated a belief system that delights corporate America. Corporations such as Tyson Foods—which has placed 128 part-time chaplains, nearly all evangelicals or fundamentalists, in 78 plants across the country—along with Purdue, Wal-Mart, and Sam's Wholesale, to name a few, are huge financial backers of the [Religious
Right] movement. (3)

This concept is not new, nor is it confined to corporate America. Ernest Manning held the same beliefs when he headed the Social Credit party of Alberta. "... a free-enterprise party extolling the virtues of individual liberty, the traditional family, and the supremacy of God." (4)

" Don't like Big Government? Try corporate government instead, they seem to say, reiterating the sort of do-as-we-say mentality that flourished under the likes of Aberhart, Manning Sr. and W. A. C. Bennett. It's a woefully limited conception of democratic freedom, where free-market worship is offered up as a surrogate for genuine political engagement. (5)

The exploitation of workers, suspension of human rights, removal of social programs like health care and pensions, are simply part of our "democratic freedoms". We are free to die in poverty, after all.

And according to Littlejohn, things are only going to get worse.

Harper deliberately prorogued parliament a second time to enact a bill, more powerful than NAFTA to undercut our sovereignty, the Canada-European Comprehensive Economic and Trade Agreement (CETA). This far reaching bill will provide sub-national access to municipal services, and undermine the public sector even further, losing thousands of good, Canadian jobs to international outsourcing. Put it together. Civil society is no longer prioritized by our government, our country is being sold off to corporations and banks, enabled by a newly armed police state, and expanding prison system, and jobs in our public sector are about to be slashed for international corporations to profit through CETA. (2)

Hedges also points out that morality has become privatized, as the Religious Right have thrown their lot in with the Corporate world. It's like a modern day Soddom and Gomorrah, where greed is the new sensuality and our nation has become the victim of gang rape.

And instead of charging the greedy, who have created an age of greater and greater inequality, the self-righteous turn their anger toward "welfare bums" and "sinners". If they find themselves down on their luck, they don't look at the record profits of the corporate sector, but blame their troubles on those "feeding from the public trough". And for those able to afford to be charitable, it's a charity not born of goodness, but judgement, and "carries with it a condemnation." (Hedges)

And when a member of the Religious Right becomes wealthy, they flaunt their wealth like a halo to their goodness. They are the favoured ones. God chose them.

What a screwed up belief system.

In November of 2006, Arnie Seipel, an American journalist visited Canada, and already noticed the change. Harper had been in office for less than a year, but the signs were already there. Writing for CBS, Siepel stated:

When things get bad in the United States, it is reassuring to turn to Canada, a country with a high standard of living, a small military and a national health care plan. Canada always seemed to be, if a bit duller than America, also a bit saner. But this is changing. The new Canadian prime minister, Stephen Harper, inspired by the neocons to the south, appears determined to visit the worst excesses of George Bush's presidency on his own country.... Harper is rapidly building an alliance with the worst elements of the U.S. Christian right. [He] has spent the past three years methodically knitting a coalition of social conservatives and evangelicals that looks ominously similar to the American model. (7)

And Siepel asks himself:

"As I walk the windy streets of Toronto I wonder if those who push past me will wake up and see in Harper's government our own malaise or watch passively as Canada becomes a demented reflection of George Bush's America." (7)

"A demented reflection of George Bush's America." He saw that in the first year, and where are we now?

Littlejohn laments: "I have never been so concerned about the future of Canada ..." (2) I share her concern, as do many others. This next election may be the most important election in the history of this country. It won't be good enough to simply be concerned, but we have got to take action, by voting and making sure that everyone we know votes.

Because we will not just be voting for a political party or leader, but will be voting for our democracy. The Fascist Neocons and the Christian Right have also waged war on Canada, and advocacy or protest will not be enough. If we give Harper another mandate, or worse still, a majority, it will render it all useless. There will be no one to listen.

7. Evangelicals, To The North: With Bush Ally As Prime Minister, Canada's New Christian Right Rises Up, By Arnie G. Seipel, November 9, 2006
Posted by Emily Dee at 11:03 AM