Accountability, Transparency and Words That Work 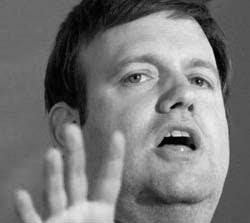 Canada's Access to Information Act was passed into law by Pierre Trudeau in 1983.

Conceived in the late 1970s, drafted and passed into law in the early 1980s, the Act was quite radical in its impact. It created an enforceable right of access for Canadians, subject to limited and specific exceptions, and provided for an appeal process for refusal of access independent of government, first, to an Information Commissioner and then to the Federal Court. Despite ongoing criticism of the legislation, there is no doubt that it has served to slowly but nevertheless effectively strip away much of the natural resort to secrecy which has been one of the less useful legacies to the country of British parliamentary government. In short, the Act established new standards for the release of information which required often reluctant Ministers and bureaucrats to embrace the tenets of open, more transparent government. One cannot pick up a thoughtful editorial, public affairs magazine or throne speech and not find these concepts now heralded as one of the essential bases of the "new", more relevant politics. (1)

The act wasn't perfect but it was a start and has been a useful tool, especially to journalists. It has also been a thorn to many politicians of all political stripes, as they have tried to stall information they'd rather not have made public. But it rarely worked.

Eventually the truth came out, and the fact that they tried to withhold that truth, only made the potential scandal worse.

Then along came Stephen Harper, and he would do more to circumvent the access to information act than anyone before him. But he wrapped it up in language designed to placate a distrustful public. And that language was courtesy of Republican pollster Frank Luntz.

Because while we sought transparency, they instead gave us 'accountability'.

I constantly hear the need for "transparency" coming from members of the financial services industry as well as Members of Congress. But if you asked the American people, accountability is a much higher priority. The fact is, a majority of Americans can’t even explain what transparency actually means. But everyone understands and demands accountability from all sectors of the economy ... and the government. (2)

It's interesting that the entire 'Accountability Act', came not from anyone in the legal, civic or justice community, but from a Republican pollster whose job it is to get people elected and keep them in power. And not by being a better or more ethical government, but simply by using words that work. 'Accountability', not 'transparency'.

And it worked for a while. That was until it was determined that this government was the most secretive in this country's history.

... a few months after issuing a set of failing-grade report cards that blamed those "at the very top" for systematically denying Canadians information about what the government is doing in their name. (2)

And our new information officer, Suzanne Legault, has given the Harper government a failing grade. And while they continue to take Luntz's advice and use the word 'accountability' as much as possible, nothing has changed.

So when David McKie asks recently, the G-20 and G-8 expenses debate, is it really about transparency, we are not the ones to ask. We're not familiar with the term. We've been Republicanized.

What we have recorded to date is about a quarter of a billion dollars. In other words, a fraction of the total bill, which we're told is comprised mostly of security costs born by the RCMP and CSIS. Because of security concerns with those organizations, a detailed breakdown of the remaining costs may never come. If it does, the information, as it was this summer when foreign affairs first released its costs, will be heavily censored. This is not transparency.

You had us until you mentioned the 'T' word David.

Might I suggest you head down to the bookstore or library and pick up a copy of Words That Work: It's Not What You Say, It's What People Hear, By Frank Luntz. He's co-wrote everything from our Accountability Act to our Environmental Platform. A must read if you want to translate the language of Stephen Harper.

It'll come in handy when we start the debate on health care in this country, up to now a taboo subject for this government. I can hardly wait.