Canada and the United Nations: How Far we Have Fallen

"Understanding the nature of conflict leads to peace." Lester B. Pearson

During the London Blitz, two men with the Canadian diplomatic corp. surveyed the damage to Canada House, when the Lutwaffe had concentrated their attacks on Whitehall. According to one of the men:

".. together we watched the charred remains of civil service files fluttering in the wind as the fires were burning out of control all around us. [His colleague] said something to the effect that civilization could not stand much more of this kind of destruction and that we would have to try to stop it. I knew what he meant: it wasn't a case of giving in to the Germans, but rather working for peace in the future. This was about the only time I heard [him] express personal feelings; he was not a communicative man. But he was dedicated to peace, as I was and still am. In spite of innumerable disillusionments, I remain convinced that that is the direction in which we have to go, because the alternatives are so appalling." (1)

And those two men would indeed devote the remainder of their lives, to the interest of peace.

One was Lester Bowles Pearson, who would go on to play an important role in the founding of both the United Nations and NATO. In 1957 he was awarded the Nobel Peace Prize for diffusing the Suez Crisis, the selection committee claiming that he had "saved the world." The United Nations Emergency Force was also Pearson's creation. He is considered the father of the modern concept of peacekeeping, and was responsible for the development of the structure for the United Nations Security Council.

The other man, and the narrator of the story was George Ignatieff, who would serve almost five decades as a diplomat, under many prime ministers of different political stripes. And because of his negotiating skills and commitment to nuclear disarmament the press dubbed him the "Peacemonger", a title he accepted with pride.

While the United Nations was being formed, Canada was fortunate to also have a prime minister devoted to peace, Louis St. Laurent; and when John Diefenbaker was in power, he defied U.S. President JFK, by refusing to accept nuclear war heads. And though this cost him the next election, he stood on his principles.

These men, and other Canadians like them, created the basis for our foreign policy, in a post-war world. And as a result, Canada has always punched above it's weight, taking the lead on many issues.

But those days are gone.

Stephen Harper is addressing the United Nations today in hopes of securing a temporary spot on the Security Council, but many believe that it will be an uphill battle. " If Canada fails to win the seat in October, it will mark the country's longest absence from the council." (2)

A recent CBC survey asked "Do you think Canada deserves a seat at the UN Security Council?" 70% of the respondents answered "no". How far we have fallen.

Gerald Caplan recently outlined the reasons why we no longer deserve this honour. .... the Harper government has almost provocatively alienated other governments.

- His 110 per cent support for Israel, for example, does not impress the Arab bloc, while peremptorily cutting off aid to eight poor African countries and then freezing all aid to Africa has not exactly made friends on that continent.

- the following international figures have publicly criticized the Conservative government just in the last five months? Prince Karim Aga Khan, a spiritual leader devoted to the elimination of poverty and the advancement of women; Ban Ki-moon, the UN Secretary-General; David Miliband, former British foreign secretary and possible new leader of the British Labor Party; and most famously, Hilary Clinton. Since such folks normally never bad-mouth friendly countries in public, this may well be some kind of record. 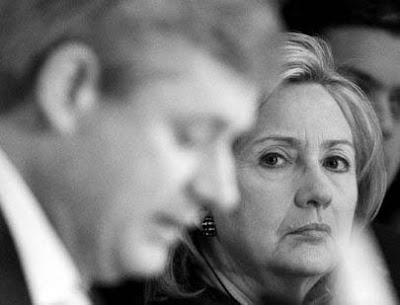 - Dr. Julio Montaner, an internationally-known Canadian who just stepped down as president of the International AIDS Society. “I am ashamed to say,” he told a giant AIDS conference in Vienna in July, “that the government of Canada has punched well below its weight in funding universal access and supporting those affected by HIV and AIDS around the world.”

- the Harper government has canceled funding this year for a number of prominent Canadian international NGOs, including International Planned Parenthood Federation, Kairos, the Canadian Council for International Cooperation and Match International. This must be awkward for the government since all have large admiring international constituencies. Why were they cut off? Because all of them advocate for international development based on solidarity and respect

- Tony Blair’s Commission for Africa has [criticized] Canada for actually lowering its aid target for Africa. Of 22 rich countries, Canada now ranks 18th in terms of aid as a percentage of gross national income. Of 37 countries and multilateral agencies, the World Bank has just ranked Canada 29th in terms of aid effectiveness

- Yet Canada ranks last among the G8 countries in terms of efforts to curb greenhouse gas emissions. A prominent Guardian environmental columnist has declared that “Stephen Harper and [Environment Minister] Jim Prentice threaten to do as much damage to [Canada’s] international standing as George W. Bush and Dick Cheney did to that of the United States.”

- On peace and security issues, UN peacekeeping is now at an all-time high, with 109,000 peacekeepers in missions across the world. Canada was once proudly among the UN’s top contributors to such missions. Now we rank 57th, with just 27 Canadians deployed as peacekeepers in the traditional sense.

- At the United Nations next week, Mr. Harper will witness a group of 60 nations, including France, Britain and Japan, proposing that a tax – a Global Solidarity Levy – be introduced on all international currency transactions to raise funds for development aid. (We are not amoung them)

How does he dare even show his face?

If by some stroke of luck we are given that seat, it will not be because of anything this government has done, but in spite of their horrible record.

But let's look on the bright side. There's a very good chance that seat will be under a new prime minister.

The son of a "Peacemonger".