Harper's War on Women Was Launched in the USA 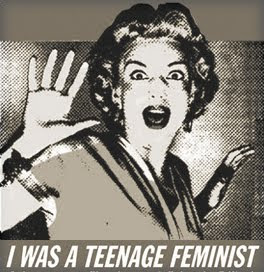 
"The woman who is truly Spirit-filled will want to be totally submissive to her husband . . . This is a truly liberated woman. Submission is God's design for women."BEVERLY LAHAYE, The Spirit-Controlled Woman

One evening in 1978 Beverly LaHaye was watching television with her husband. On the tube Barbara Walters was interviewing the feminist leader Betty Friedan, who suggested that she represented many women in America.

According to the story that LaHaye has repeated countless times, she immediately sprang to her feet and declared, "Betty Friedan doesn't speak for me and I bet she doesn't speak for the majority of women in this country."

From that day on, or so the story goes, she vowed to rally other "submissive" women who believed, like her, that "the women's liberation movement is destroying the family and threatening the survival of our nation." (1)

Betty LaHaye's husband is Religious Right leader, Tim LaHaye, co-author of the successful Apocalyptic Left Behind book series. He is also a founder of the Council for National Policy, where Harper gave his 1997 speech, where he vilified Canadians and our socialist ways.

Betty LaHaye's "submissive awakening" was in direct contrast to what she had been preaching several years before. Then as a pastor's wife, raising four children, she felt unfulfilled and hated the drudgery of her day to day existence.


One very well-meaning lady said to me in the early days of our ministry, "Mrs. LaHaye, our last pastor's wife was an author; what do you do?" That was a heavy question for a fearful twenty-seven-year-old woman to cope with. And I began to wonder, "What did I do?" Oh yes, I was a good mother to my four children, I could keep house reasonably well, my husband adored me, but what could I do that would be eternally effective in the lives of other women? The answer seemed to come back to me. "Very little!" There was something missing in my life.

In my case it was not the major problems that succeeded in wearing me down; it was the smoldering resentment caused from the endless little tasks that had to be repeated over and over again and seemed so futile. Day after day I would perform the same routine procedures: picking up dirty socks, hanging up wet towels, closing closet doors, turning off lights that had been left on, creating a path through the clutter of toys. (1)

So despite the fact that her children were still young, she returned to work full-time, as a teletype operator for Merrill Lynch. This job she claimed helped her to "gain confidence" and fulfilment.

By 1978 her children were grown and forgetting her life before Merrill Lynch, she decided that she would be the voice of submissive women everywhere.

Lahaye helped to form the group 'Concerned Women for America', drafting women's policy for the Neoconservative/Religious Right movement. CWA also sparked similar organisations in other countries, including our own version 'Real Women of Canada', who have worked in Harper's various parties from the beginning of Reform.

In fact several Conservative MPs have also made the trek to Betty LaHaye's anti-feminist kingdom, including Vic Toews and Stockwell Day.

Given this kind of support for anti-feminism, should we really be surprised that the Republicans are attacking any funding to vulnerable women? That Harper's tax policies ignore single mothers, and pander only to high income households with one wage earner? Or that the Neoconservative government of David Cameron in the UK, is also targeting women in their "austerity" budgets?

This all began when stocking footed Betty LaHaye stood up and vowed to offer an alternative voice for women, who could find happiness if they would just totally submit to their menfolk.

So kick off those shoes ladies and get back in the kitchen where you belong.

As for me, I'm experiencing a case of the vapours. Could just be that my corset's too tight.