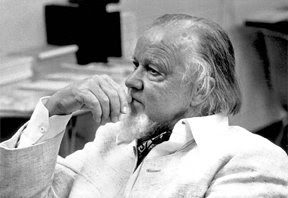 The inspiration for the Moral Majority/Religious Right, in the United States, was the central government's passing of anti-segregation laws. However, the art of political activism by the movement, came from a man by the name of Francis Schaeffer.

If we are to understand the Harper government, we have to accept that everything they do or have done, comes from the U.S. Republican/Tea Party/Religious Right.

I could stop searching for these links, and instead focus on their truly Canadian-based actions, since it would be a much shorter list. The only problem is, that I haven't found any.

The election of Ronald Reagan in the U.S., gave the evangelical activists an "in". The election of Stephen Harper has done the same in Canada, and as Marci McDonald reminds us in The Armageddon Factor, they will now be a permanent fixture on Parliament Hill.

Francis Schaeffer and How the Evangelicals Stormed the Bastille

Reagan's 1980 victory, gave rise to many quasi-religious organizations, like Focus on the Family, who helped to finance Harper's 2006 victory, by placing radio ads on over 100 Canadian stations, against same-sex marriage. Harper's rallying cry.

The Canadian chapter of Focus on Family, was started by Stephen Harper's former chief of staff, Darrel Reid. The executive included two top ranking officials from their American parent organization, and $1.6 million from Dobson himself (Armageddon Factor, p.86), who claimed to be concerned with Canada's moral decay.

However, the notion that evangelicals should play a more active role in politics, came from Francis Schaeffer, the man who coined the term, or at least made popular the term, "secular humanism".

He believed that putting people above religion was wrong, and he was determined to do something about it. So he established a commune in Switzerland, L'Abri (shelter), devoted to Christian thought and activism. (There is a Canadian chapter on Bowen Island in B.C.)

When Michael Lindsay was researching his book: Faith in the Halls of Power, he found that many Religious Right leaders that he interviewed, had either visited the commune or had been heavily influenced by Schaeffer's writings.

One of the first campaigns that Schaeffer ignited, was the anti-abortion movement, that mobilized his followers to take action. It was perhaps the first time that orthodox Catholics and Protestants united for a common cause.

Gwen Lanholt, now president of REAL Women of Canada, was part of that movement.

And as a founding director of the Civitas Society*, the policy arm of the Harper government, she has a great deal of influence with the powers that be.

Golob is an anti-abortion activist, involved in a campaign to "shock" people into joining her cause, by posting images of aborted fetuses (emblazoned with a swastika). I've mentioned this in another post, because of yet another American inspired group, the Canadian Constitution Foundation, who had taken up the cause.

Golob believes that the graphic image campaign will work the same as MADD's (Mothers Against Drunk Driving) images of car wrecks and the police's of gang violence. However, they are about self-preservation.

No doubt the signs will impact some, but most of us have an idea of what an aborted fetus looks like.

However, this isn't really about the abortion debate, but the modus operandi of this new youth movement, attached to the broader neoconservative movement.

Golob brings up the work of her American counterpart, Lila Rose, a young woman who believes that abortions should be performed in the public square, so people can see how gross they are.

That may sound a little nuts, but Rose's involvement draws attention to a larger issue.

Lila Rose is a graduate of Morton Blackwell's Leadership Institute, (so is Rob Anders and Karl Rove) and friend of James O'Keefe. O'Keefe was involved in the demise of ACORN, an organization that worked for the poor, especially African-Americans. The Neocons wanted it gone.

So two young activists, O'Keefe and Hannah Giles, went undercover to discredit the organization, and though their videos were later determined to be "highly edited", they were able to paint the non-profit group as "pimps".

But they couldn't have pulled it off without the help of Fox News and Andrew J. Breitbart. You might remember Breitbart as the one responsible for destroying the career of Anthony Weiner.

This has gone from political activism to dangerous vigilante justice against their perceived enemies. They want to destroy anyone and everything associated with a progressive and just society.

For Lila Rose, it's Planned Parenthood. She helped to perpetrate a hoax against PP, to "prove" that they were sex traffickers.

Where Does Alissa Golob Fit in to All This?

At the beginning I mentioned Francis Schaeffer, who inspired the Moral Majority/Christian Right. Schaeffer was a dominionist, who believed that before the Second Coming of Christ, the U.S. must be returned to a Christian nation.

Canada's dominionism, aka reconstructionism, is championed by people like Darrel Reid and David Sweet (amoung many, many others), both involved in the Work Research Foundation, and Redeemer University. (Sweet also Canadian founder of Promise Keepers)

Redeemer University, a private for-profit school, received three million from the Harper government as part of the Canada Action Plan.

Alissa Golob is a graduate of Redeemer, one of many of her fellow students, turned activists for the movement. And while she claims to be pro-life, it's pretty clear that she is just anti-abortion. She does not encourage birth control or "safe sex".

Because those are some of the best defenses against abortion.


Better access to contraception, higher quality sex education and shifting social norms have contributed to a 36.9 per cent decline in Canada’s teen birth and abortion rate between 1996 and 2006, according to a report released today by the Sex Information and Education Council of Canada.

Other initiatives that Golob could adopt would be eradicating poverty and improving health care.

But that will never happen.

The group that Golob works for, Campaign Life Coalition, also has Planned Parenthood in their crosshairs.

The Harper government has already defunded them at home and abroad.

The Campaign Life Coalition also had a hand in the success of Stockwell Day, by selling 130,000 memberships to the Alliance Party, on his behalf.

So do you see what we're up against?

Batten down the hatches, because it's going to be one hell of a storm.